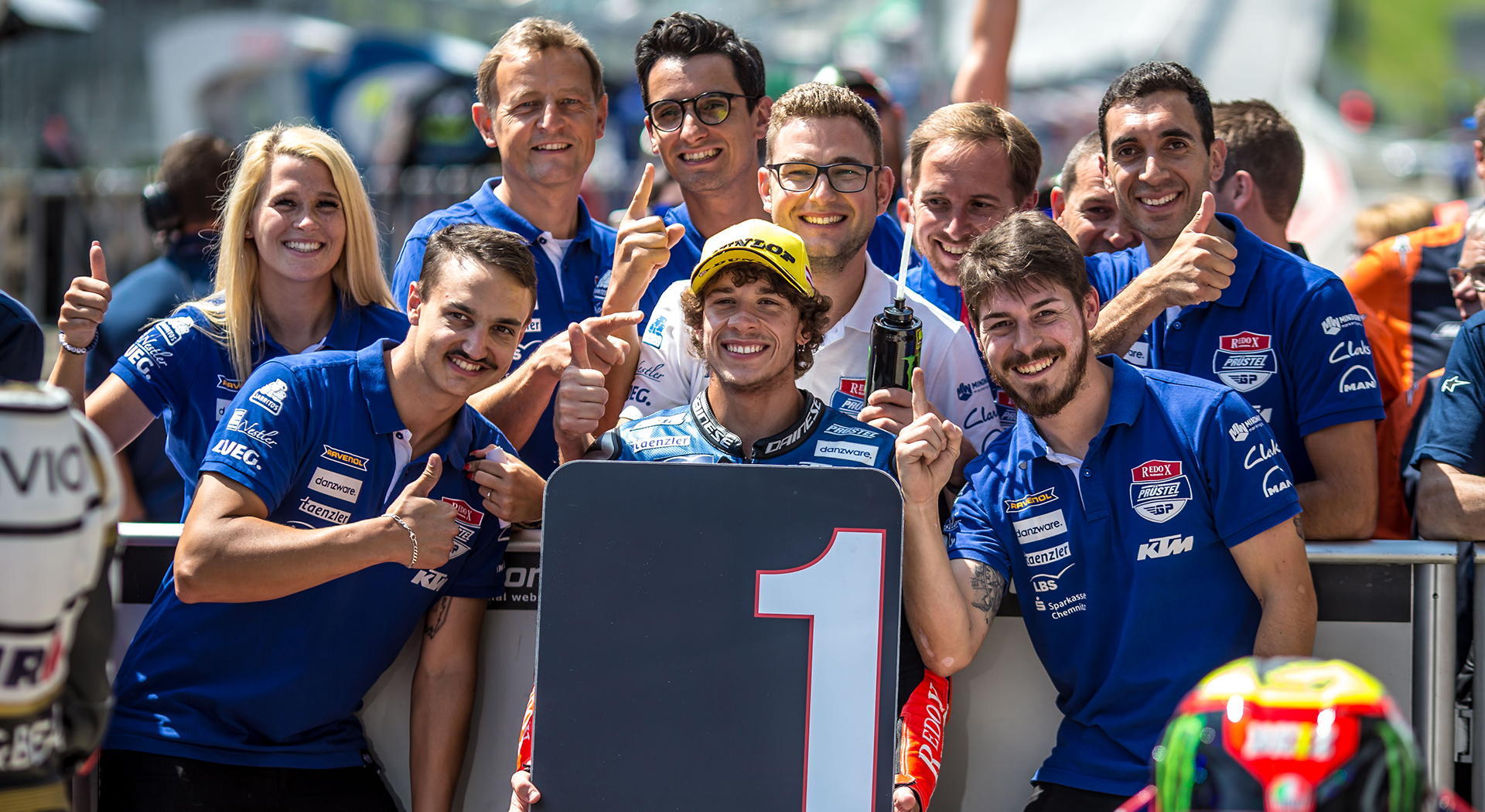 Incredible GP victory for Marco Bezzecchi and Redox Prüstel GP for the KTM home game at the Red Bull Ring in Austria.

Race Sunday started as usual with the warm-up in the morning. Marco Bezzecchi also led this session with the fastest lap time. Jakub Kornfeil used the warm-up to tune in on his bike.

Pole man Marco Bezzecchi went very relaxed in the Grand Prix of Austria. Marco had a perfect start in Spielberg and was able to secure the lead right at the beginning. The Moto3 pilots made a close fight right after the start and did not give away a millimeter. Marco Bezzecchi did the unbelievable, he led the whole race. In places two to four, spectacular duels took place. Marco Bezzecchi kept a cool head and was always able to settle a bit more, but the competition did not let up and also caught up again and again. The whole team cheered as the young Italian crossed the finish line. Victory is for Marco Bezzecchi and the Redox PrüstelGP team. After Argentina, this is the second victory for the team.

An unforgettable race weekend here at the Red Bull Ring in Spielberg, every session fit in with Marco Bezzecchi and he pulled the consistency into the race. With the victory today, we have further expanded the championship leadership. More at www.pruestelgp.com