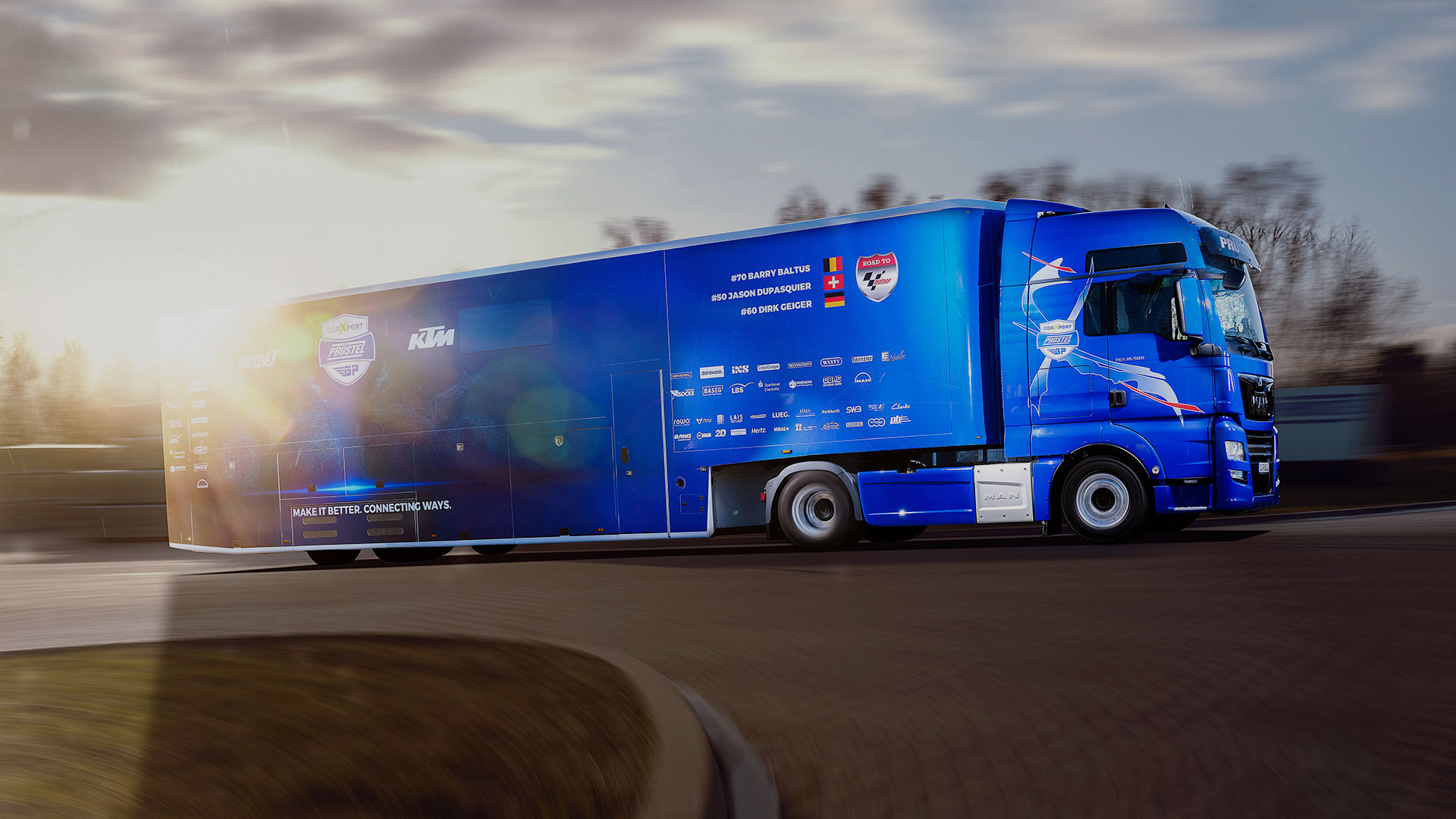 PrüstelGP inspires sponsors and fans at the Sachsenring. On ́s goes into the 2020 season of the Moto3 World Championship!

In 2020 the newly formed Sachsenring team is not only looking forward to a German-Swiss driver pairing, but also to the cooperation with the Swiss garage service carXpert.

On the evening of February 7th, 2020, the sponsors and partners of the carXpert PrüstelGP team were already eagerly awaiting the new 2020 KTM bike design. And they should not be disappointed.

Another highlight was the unveiling of the new NTC bike, also a 250cc machine from KTM. The newly developed bikes are driven by the two Saxons #9 Freddie Heinrich and #20 Dustin Schneider. In addition, the Saxon racing team PrüstelGP announced the expansion of the cooperation with the AMC-Sachsenring and the ADAC Saxony. The young talents of the pocket and minibike series around the Sachsenring can now look forward to a special bike design from the PrüstelGP Academy.

On 08.02.2020 the team welcomed its fans and supporters at a public team presentation. It was the first time such an event was held in this way and was a complete success. In bright sunshine, hundreds of people flocked to the Sachsenring to ring in the 2020 season together with Florian Prüstel and the team.

Impressed by the great interest of the local fans, the team trailer now started from the Callenberg headquarters for the first tests in Jerez de la Frontera (Spain), which is just under 3,000 km away. At the end of February, the team will then continue to Qatar for tests before the first race of the season is held on 8 March 2020.

After the PrüstelGP team competed for the World Championship title two years ago with Marco Bezzecchi, an Italian from Valentino Rossi’s VR46 Riders Academy, we wish him all the best and the best success for the coming season!